After the retreat of the Yugoslavian Army in the Homeland, (better known as Chetniks) along with many civilians into Allied territory in 1945, all were placed in Displaced Person camps in Italy and the combatants were eventually disarmed.  They were later moved to German DP camps and interrogated by the British “allies” on behalf of the new Yugoslav communist regime looking for alleged “war criminals”.  There were none.  After the vetting process and release of General Miodrag Damjanović, commandant of all Royal Yugoslav Forces in the emigration, the first association of veterans was established by the general in the Grossenbrode camp in Germany on October 1, 1948 under the name of  the “Association Of Combatants Of The Royal Yugoslav Army – Draža Mihailović”. 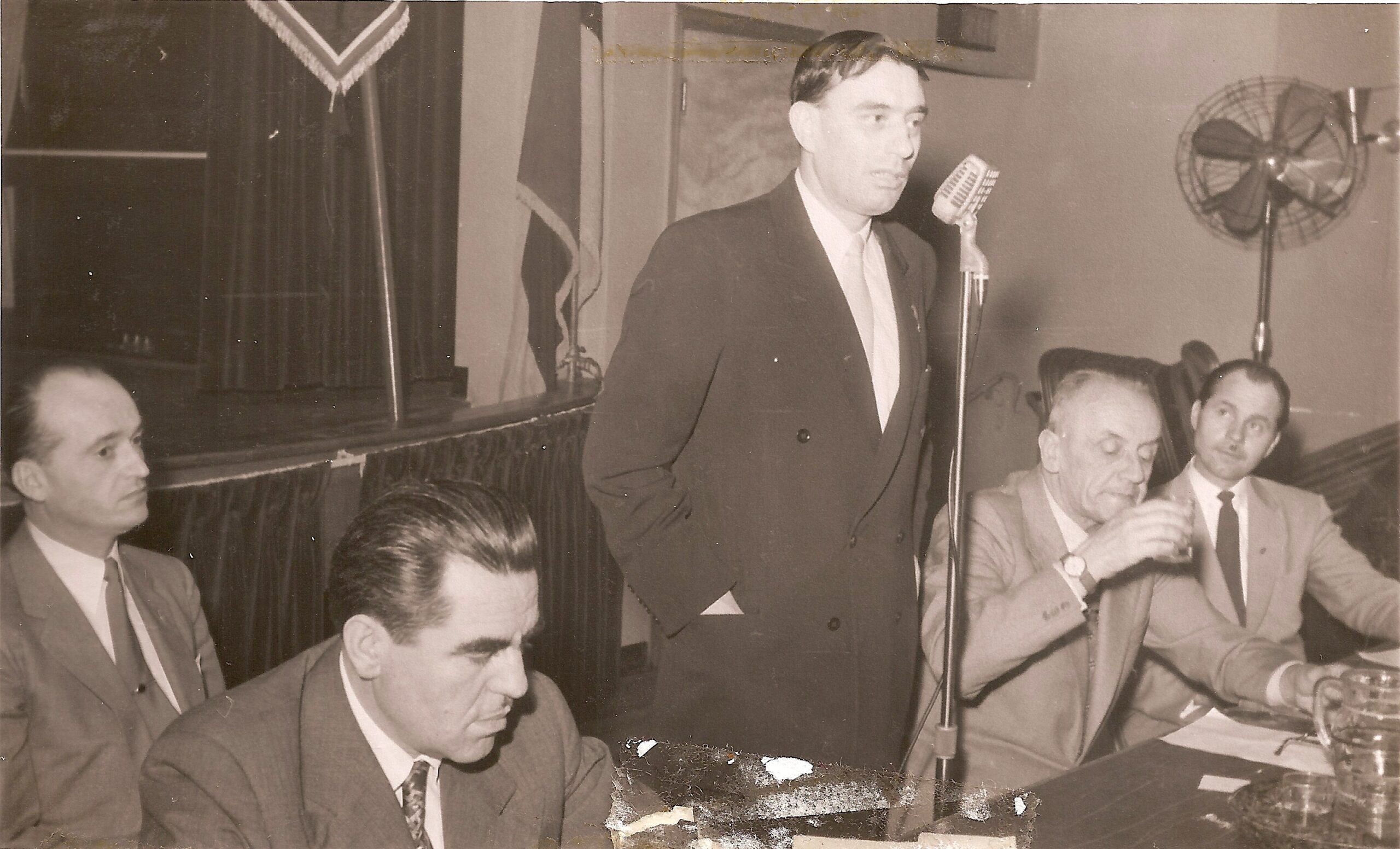 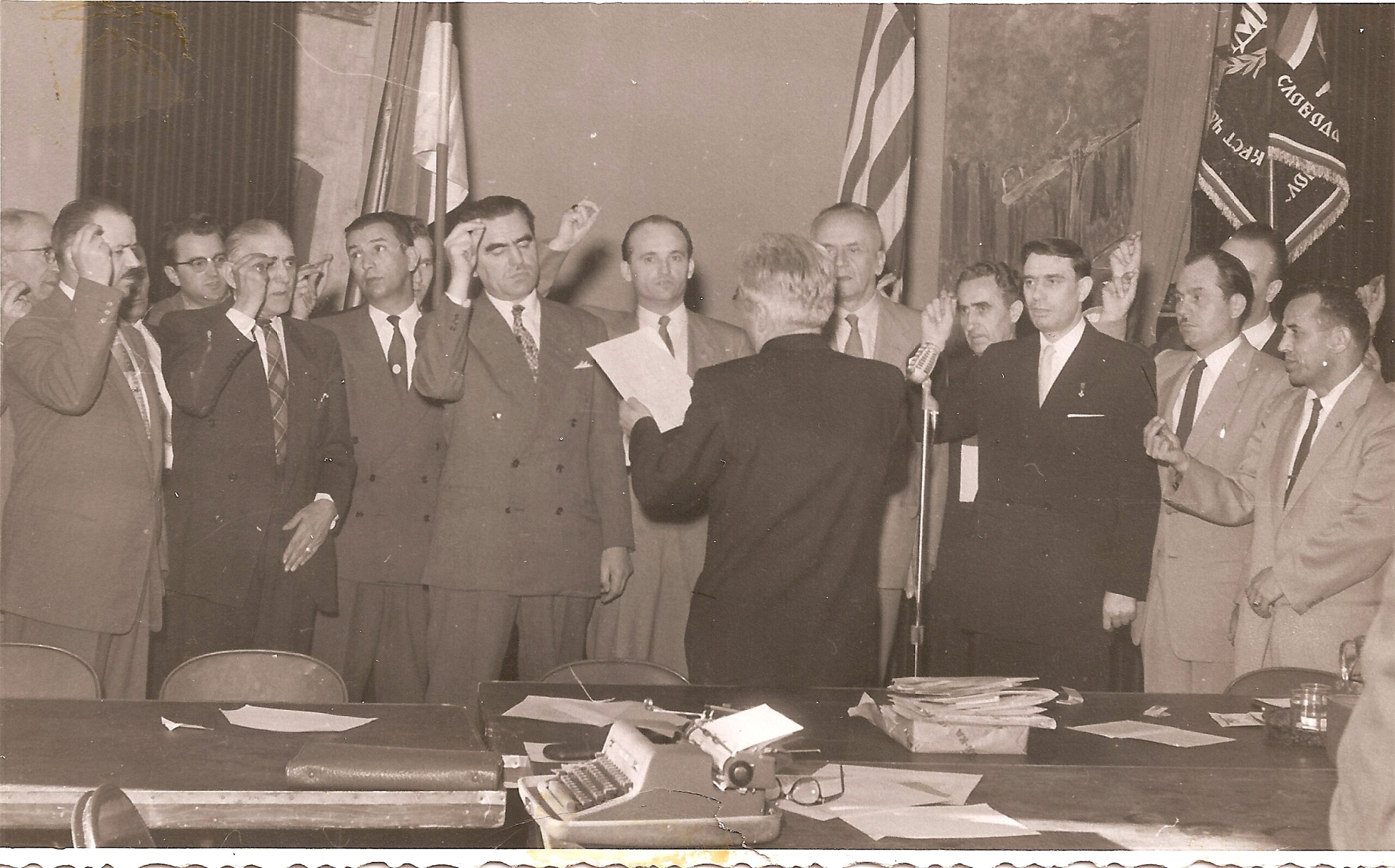 Many combatants had become disheartened with the idea of Yugoslavia and did not want to associate to institutions or organizations that identified themselves with “Yugoslavia”.  The fact that the overwhelming majority of the Royal Army was comprised of Serbs and the fact that the Serbs suffered the most in Yugoslavia, there was a consensus for the need to directly identify as “Serbian”.   On August 22, 1951 in Milwaukee, Wisconsin, the first organizing of Serbian Chetniks was initiated and chaired by combatant and publicist Božo Sokolović on the premises of St. Sava church grounds, where about 100 Chetniks from all Serbian regions attended.  The first Local Chapter was declared at this time.  Elected for president was wartime commander Đoko Marić, Vice President Stevo Rađenović, Secretary Božo Sokolović and Treasurer Gojko Grubor.

The first Chetnik Congress was held on May 31, 1952 in South Chicago.  At this congress the “Organization of Serbian Chetniks in the Free World” was declared.  Elected for president was Vojvoda  Momčilo R. Đujić, for vice president  Đoko Marić, for secretary Captain Nedeljko Plećaš , for treasurer Boško Nanić as well as others forming the Central Administration. 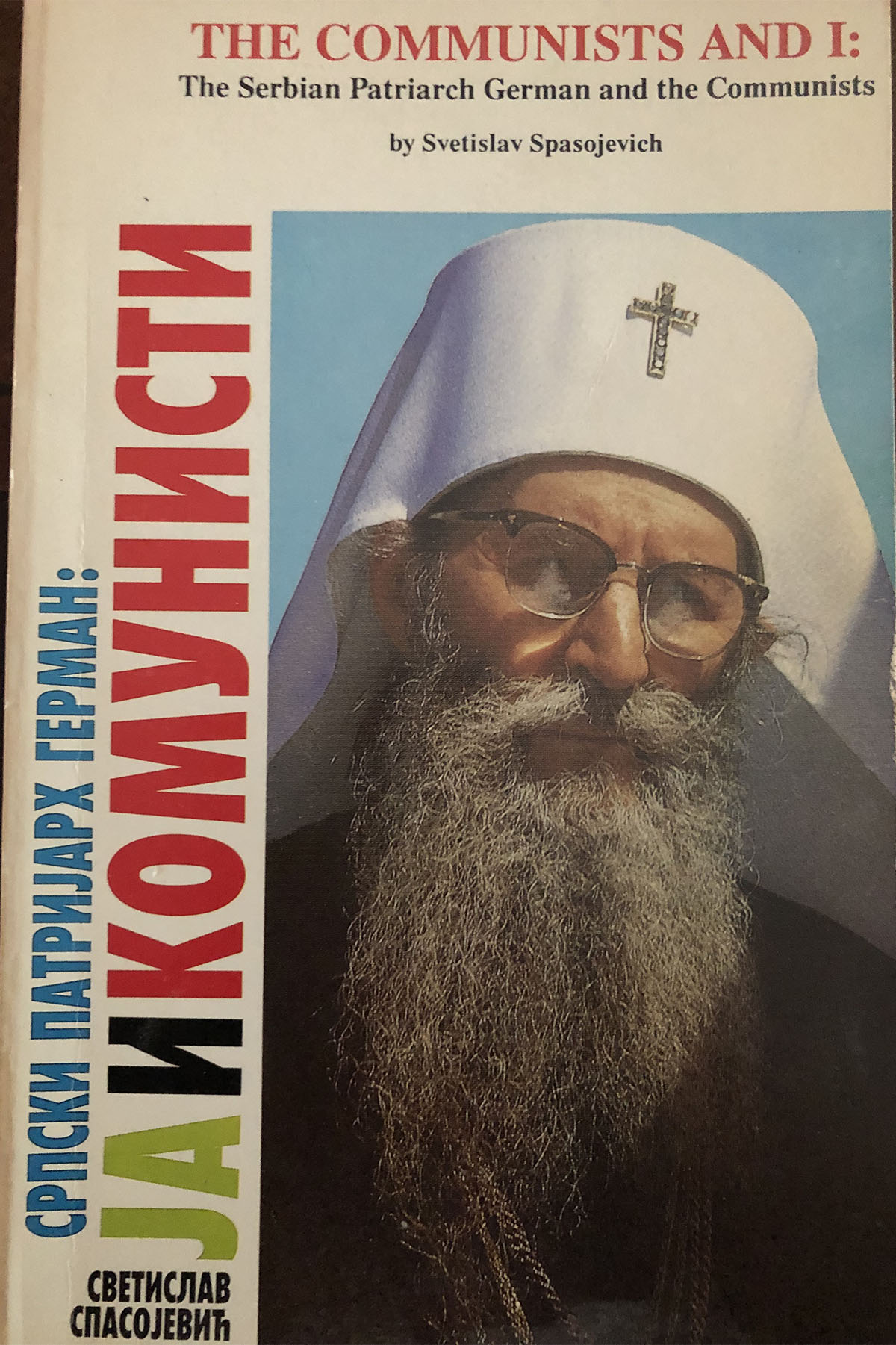 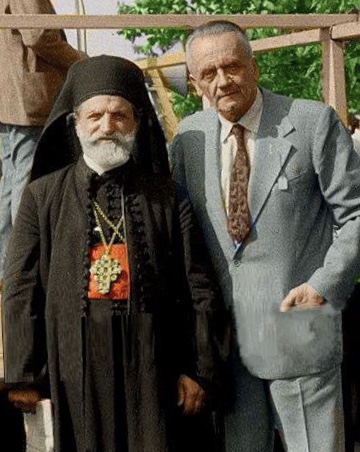 This Organization that grew into a substantially large body of former combatants and sympathizers became a serious political threat to the new Communist regime in Belgrade. As such, it also placed a huge amount of stress on the Organization due to the political and diplomatic relationships between Yugoslavia and other countries in the free Western hemisphere where the Chetniks had emigrated to.  Because of disagreements that had developed on how to proceed with battling the Communists, the Organization began to fracture; those loyal to Vojvoda Đujić who advocated for working with former Royal Yugoslavian politicians; and those loyal to Vojvoda Jevđević, who were not in favor of working with said politicians.

Following a turbulant Congress in 1957, the political differences proved to be irreconcilable and the Organization polarized into two camps; those who supported Đujić (who were the slight majority), and those who supported Jevđević.  Thus, on February 15, 1958 in Gary, Indiana, President Vojvoda Đujić called for an extraordinary Congress and the Movement of Serbian Chetniks “Ravne Gore” was declared.  Later that year, on May 31, 1958 in Harbor, Indiana, the Organization of Serbian Chetniks “Ravna Gora” was officially declared and Đoko Marić was elected President, Vojvoda Jevđević Honorary President, Major Milan Cvjetićanin 1st VP, Tomica Ivančević 2nd VP, and Božo Sokolović Secretary.  In 1963, after the Communist Party of Yugoslavia initiated a “church split” (ref. the book “The Communists and I”, an interview with His Holiness Patriarch German), the Serbian Chetnik Movement “Gavrilo Princip” was declared aligning itself with the Belgrade Patriarchate in regard to the church split as was done by the MSC “Ravne Gore”.  The OSC “Ravna Gora” and the Association of Combatants of the RYA – Draža Mihailović were aligned with Bishop Dionisije head of the Free Serbian Orthodox Church in Libertyville, Illinois U.S.A.

As one can see, from one substantial wartime emigration, several organizations evolved, whose goals were and still are essentially identical.  That is, to dismantle the falsehoods created by Tito’s communist regime regarding General Dragoljub Mihailović and WWII events in Yugoslavia.  In Serbia today, Partizan successors (with some exceptions) continue with Titoist / Communist ideology, for which their predecessors fought for, aimed against Draža, the Chetniks, as well as the Serbian nation while omitting nothing of the Communist tactics used in the Second World War.  We are all witnesses to the flagrant distortion of historical events, particularly involving the rescue of Allied Airmen at Pranjani.

CHETNIK COMMANDERS
WHO PARTICIPATED IN ORGANISING THE FIRST LOCAL CHETNIK CHAPTER IN MILWAUKEE, WISCONSIN ON AUGUST 22, 1951

Altogether, 13 Chetnik commanders who had resettled in Milwaukee, Wisconsin.

Among the above-mentioned was pre-war Public Minister Stevo Rađenović who was during the war a political adviser to the Commander of the Dinara Chetnik Division Vojvoda Momčilo R. Đjujić.  He held that position from October 27, 1941 to May 5, 1945, until the Chetniks were ordered to surrender their weapons to their so-called allies, the British, in Palma Nova, Italy.